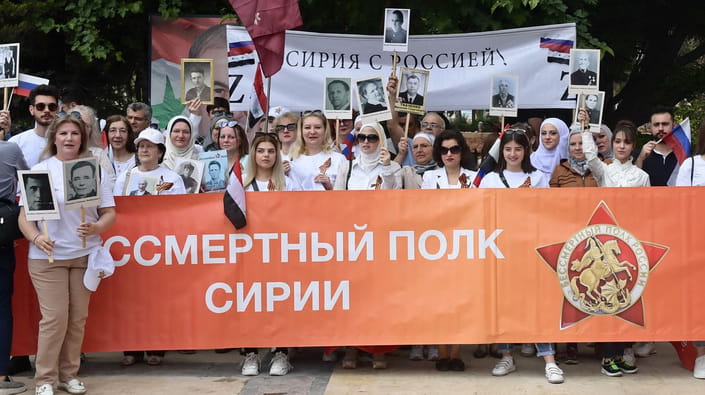 AFP/East News
Russia maintains a military presence in Syria and insists they're fighting against the Islamic State. But in fact, the Russian army follows the ISIS tactics. (picture: pro-Russian demonstration in Aleppo, 9.05.2022)

In February 1993, former CIA Director James Woolsey famously described the post-cold war environment by stating that the U.S. and its allies slayed a large dragon (the Soviet Union) but ended up in a jungle full of snakes (warlords in failed states, terrorism and various substate threats).

David Kilcullen argued in a masterpiece that "dragons" (international and regional powers) can fight like "snakes" (substate actors) to enhance military effectiveness.

In Ukraine, Russian forces have employed both ways of warfare. It has employed tactics similar to those used by the so-called "Islamic State Organisation," whose defunct acronym was ISIS.

These tactics are ideology-free and combat-effective. Many of them are prohibited and their results can amount to war crimes.

ISIS and its predecessor, the Islamic State of Iraq (ISI), started their "special military operation" to occupy parts of Syria and Libya in 2011 and 2014, respectively. The organization initially relied on covert operations to infiltrate both rebel and regime security and military structures, absorbing like-minded organisations and individuals, creating false-front civilian organisations, collecting intelligence (and "dirt") on community leaders in targeted areas, all while initially denying its existence on the targeted territories.

These operations were led by "agents-in-charge:" spymasters with kinetic assets and authority to assassinate, bomb, bribe, recruit, map-out targeted territories and designate local factions and communities.

The modus-operandi paid off. By September 2013, ISIS became the dominant armed organisation in Raqqa City by relying almost exclusively on urban terrorism tactics and infiltration operations. These actions were followed by raiding and looting parts of both the Assad regime’s and armed opposition’s conventional arsenals, which ISIS then modified, converted, and upgraded.

Similar modi operandi were executed in the Libyan City of Sirte in 2015 and selectively in a range of towns and cities from the Southern Philippines to Western Libya, and more recently in West Africa.

How Russia Similarly Fights in Ukraine

"Good people, bad authority does not work [in Ukraine]. Recognition of this fact is the basis of the policy of denazification…The name ‘Ukraine’ apparently cannot be preserved as the title of any fully de-nazified state…Denazification will inevitably be de-Ukrainianization."

These excerpts from an infamous article published in the Russian state-controlled news agency RIA Novosti represent a type of propaganda which legitimates mass-violence against non-conformist peoples and the liquidation of existing states. It is similar to types of propaganda employed in other modern historical contexts, including by ISIS.

The parallels between the tactics of Russia and ISIS do not end with propaganda, however. Other similarities can be found in ways of warfare employed by the Russian armed forces under Vladimir Putin and the combat units of ISIS.

As of February 2014 in Crimea and April 2014 in the Donbass, Russia and its local proxies relied on tactics that are very similar to those employed by ISIS and its predecessors between 2012 and 2014.

For instance, both Russia and ISIS have used false-front civilian organisations, kidnapping and assassinations, propaganda and disinformation campaigns, psychological warfare, and infiltrations of senior ranks. Initially, Russia didn’t admit to having employed these tactics (maskirovka), but neither did ISIS initially.

To secure its strategic gains, Russia executed one of the largest air-assault operations in the history of Eastern Europe in Crimea, a military capacity that ISIS never had.

Despite the gap in capacities, the combination of intense hybrid warfare followed by securing gains with a conventional force is a very ISIS-like modus operandi, executed several times in multiple cities, including Iraq’s Mosul in June 2014.

When Russia occupied the most important geostrategic region of Ukraine with minimum resistance by the end of March 2014, similar modi operandi were executed in several cities in Eastern Ukraine, including the Donbass region, in April 2014. These operations were led by some of the same GRU commanders who led the invasion of Crimea, the most infamous of whom is Colonel Igor Gurkin.

The outcomes of these operations in Donetsk, Luhansk, Kharkiv, Dnipro and elsewhere ranged between partial and total failures. "Kharkiv People’s Republic" did not last 24 hours between 7 and 8 April 2014. Ukrainian Russian-speakers in Ukraine’s largest Russian-speaking city rapidly brought down Putin’s proxy republic.

Rape and other weaponry

Now, we fast-forward to 2022, and the similarities of ISIS and Putin’s ways of warfare are even more pronounced. The demonstration of extreme brutality on social media, alleged executions of prisoners of war, identity-based executions in Bucha and Irpin, rape and other forms of sexual violence are all war crimes. They were used as tools of psychological warfare by ISIS to either dominate or destroy a community, most notably the Yezidis in Northern Iraq.

Rape, as a crime of war, was weaponised by elements of the Russian armed forces multiple times before, especially during the first and second Chechen wars. The case of rapist-officer, Colonel Yuri Budanov of the 160th Tank Guards Regiment, is perhaps the most infamous. Amnesty International, Memorial, and other human right organisation documented other alleged cases.

The interception of a discussion about raping Ukrainian women between a Russian soldier and his wife is quite an alarming development. The intensity of propaganda on official Russia TV and other media outlets likely contributes, either directly or indirectly, to this behaviour.

Reliance on improvised explosive deviances (IEDs) and IED-based weapon-systems especially during manoeuvres and retrogrades was a hallmark of ISIS’ innovative way of warfare.

In 2022, the intensity, scale, scope, and locations of IEDs and ordnances left behind by the Russian combat units in urban areas, including children parks and school yards, are both shocking and inexplicable in military terms.

"We thought Iraq was bad, but Ukraine is gargantuan," said Major Chris Hunter, Britain’s most experienced terrorist-bomb disposal expert. So far, officials in Ukraine’s state emergency services claim that demining specialists have cleared more than 70,000 explosive devices, including thousands of IEDs and boobytraps. More than 18,000 of these items were destroyed in the Kyiv Oblast (province) alone.

ISIS is also well-known for abusing and weaponizing religious texts to mobilise, recruit, and justify aggression and mass-violence. The organisation is versed in creating narratives based on false and/or selective versions of historical events, mixing them with out-of-context religious texts and then widely disseminating them using multimedia effects. As a result, ISIS was able to mobilise thousands of dedicated foreign fighters and transnational support networks.

Religious legitimation of the aggression against Ukraine was not absent in the Russian propaganda as well.

Patriarch Kirill of Moscow has not only legitimated the "special operation" but also gifted General Viktor Zolotov - Rosgvardiya’s (national guard) Commander-in-Chief – an icon to bless the soldiers and the war.

Among the soldiers of Rosgvardiya are the followers of Ramzan Kadyrov. Ramzan posted on his telegram account a video of soldiers shouting "Allahu Akbar" in the ruins of Mariupol, where they had combat roles.

Like ISIS, Russian armed forces suffer from a structural crisis: limited manpower to achieve their strategic goals. ISIS was outnumbered and outgunned during the overwhelming majority of its battles, whether against state or nonstate forces.

Given its initial strategic objectives, Russia has suffered from a similar crisis. It cannot control 604,000 square kilometres with 130 battalion tactical groups, high rates of attrition, strong levels of local resistance and unprecedented NATO and international support to Ukraine.

ISIS had multiple tactical and (almost miraculous) operational victories in between 2013 and 2015, and so did Russia in 2014 and 2022. ISIS could not secure any of these victories, however, due in part to limited manpower, local resistance, external support to its enemies and the overall illegitimate and criminal behaviour.

Putin’s army is facing similar structural, military, moral and legal challenges. It is likely to face the same fate in Ukraine that ISIS faced in Iraq, Syria and Libya: spectacular operational victories, but ultimately strategic defeat. 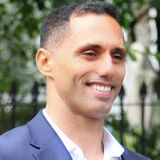 Omar Ashour is the Founding Chair of the Critical Security Studies Programme at the Doha Institute for Graduate Studies and the Director of the Strategic Studies Unit at the Arab Centre for Research and Policy Studies.

If you notice an error, select the required text and press Ctrl + Enter to report it to the editors.
терроризм War with Russia