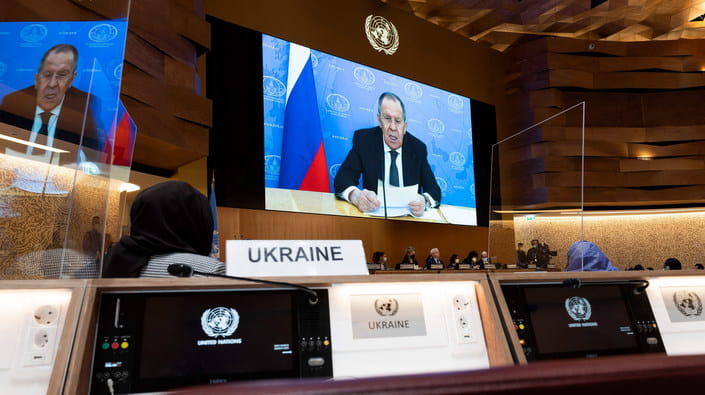 "...I ask you to use the name "Russian Federation" instead of the name "Union of Soviet Socialist Republics."

This sentence in the legally void letter signed by Russian President Boris Yeltsin was enough for the West, frightened by nuclear weapons, to let Russian impostors take a sit the USSR chair in the UN Security Council.

The Kremlin sees Russia as the legal successor of the Soviet Union de jure and de facto. This is not true, and documents confirm it.

The USSR was founded in 1922 as a confederation of Ukraine, Russia, Belarus, and Transcaucasia (comprised of Georgia, Azerbaijan, and Armenia). And these countries were equal.

On December 26, 1991, the Supreme Soviet of the Soviet Union adopted a declaration saying that in the wake of the creation of the Commonwealth of Independent States, the USSR ceased to exist as a state and a subject of international law.

These documents did not contain any provisions that would give Russia the right to identify with the USSR.

We can surely state that Russia and the USSR are different states that existed parallel for a certain period of history.

The UN does not provide for the possibility of transfer or legal succession by any state of membership in this international structure. Russia is the only country that did not go through the procedure of being admitted into the UN.

In order to create the visibility that Russia was the rightful successor of the USSR, it had to implement a rigorous step-by-step fraud.

Ten high-ranking officials from former Soviet states decided on December 21, 1991, among other things, that they "support Russia in taking over the USSR membership in the UN, including permanent membership in the Security Council and other international organizations."

But legally, this decision is null and void.

On December 24, 1991, the President of the Russian Federation Yeltsin sent a letter to the Secretary General of the United Nations, asking "to use the name "Russian Federation" instead of the name "Union of Soviet Socialist Republics."

The UN Secretary-General did not ignore Boris Yeltsin's letter and asked the Chairman of the Security Council to inform all members about its content.

And the President of the Security Council at that time was... USSR ambassador Yuli Vorontsov!

A few days later, based on the absence of objections from the Security Council members, the UN Secretariat replaced "USSR" on the name-plates and future documents with "Russia." Contrary to Article 23 of the UN Charter, the USSR is specified as a permanent member of the Security Council.

The "name-plates replacing" trick was based on the legal construction of the "continuator" or the so-called "continuity," which, according to a Russian diplomat, was suggested by the American government lawyers to circumvent the UN Charter. This construction provided for the unity of Russia's international obligations, assets, and territory with the former USSR.

However, there were no legal grounds for this decision.

Russia's attempts would have never been successful without the fourth step - recognition of "normality" by other players, primarily permanent members of the Security Council, who had just legitimized Moscow's fraudulent actions.

From December 31, 1991, all UN Security Council members addressed the Russian Federation as a permanent member. Although they perfectly understood what happened.

On January 31, 1992, at the Security Council summit, British Prime Minister John Major, who presided at that meeting, congratulated Russia for gaining membership and not changing the country's name.

In the 31 years since then, no state has raised the issue of Russia's illegal UN membership.

But how to remove Russia from the UN, which seat it occupies illegally?

Ukraine can offer the international community the following action algorithm:

(1) Send official appeals of the Ministry of Foreign Affairs of Ukraine and partner countries to the UN Secretariat regarding the provision of official legal justification and a package of documents confirming the legality of the transfer of competencies from the USSR delegation to the Russian delegation to the UN and the Security Council in December 1991.

A petition on change.org with the demand to kick out Russia from the UN has already collected more than 50,000 signatures.