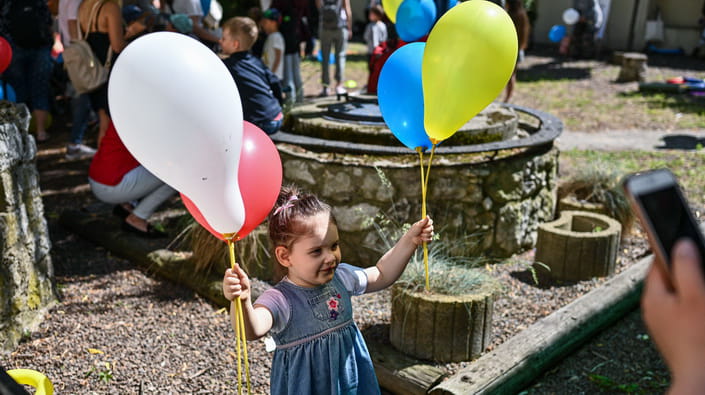 From the first days of the Russian-Ukrainian war, Poland became Ukraine's closest political and military ally, as well as a key humanitarian and economic partner. According to Eurostat, more than 1 million Ukrainian refugees have found shelter, human hospitality, and support in Poland, as well as an opportunity to take a break economically. The common Polish-Ukrainian border became a kind of a "bridge of hope" for Ukrainian exports, which lost the key "gateway" to the world in the form of Black Sea ports, through which more than 92% of all export shipments were transported before the war.

Even before the war, as of 2021, the number of companies founded by Ukrainians in Poland reached a record 6,000. And although the impact of the war on the presence of Ukrainian businesses in Poland is not yet fully understood, almost 40% of Ukrainian immigrants of working age have already found employment, and more than 71% support themselves on their own savings or income, making also a contribution to the revival of the Polish economy.

Close geographical proximity, cultural closeness, and shared perception of geopolitical challenges can all explain the phenomenal rapprochement of the two societies. At the same time, the realization of such potential requires a systemic approach that cannot rely on individual contacts alone, especially in the business sphere.

Such an approach can be the expansion of the presence of Polish business associations in Ukraine, which represent various sectors of the Polish economy and who can establish a dialogue with their Ukrainian partners, and provide support to Ukrainian businesses and Ukrainian entrepreneurs in Poland. An important first step on this path was taken with the founding of the Polish-Ukrainian Chamber of Commerce (PUGP) in 1992. However, only according to the estimates of the SUP, today almost 44% of Ukrainian companies hope to find a foreign, primarily European partner as the main prerequisite for survival. Such a significant demand cannot be met by the efforts of only one business association.

That is why one of the leading Polish business associations - the Union of Entrepreneurs and Employers of Poland (ZPP) is launching a permanent presence in Ukraine. Polish-Ukrainian business forums under the title ‘Europe-Poland-Ukraine: Rebuild Together" were held on July 6 in Lviv and July 8 in Kyiv under the auspices of the ZPP together with the European Business Association (EBA), the Union of Ukrainian Entrepreneurs (UPU) and the Chamber of Commerce and Industry of Ukraine, with the support of the Lviv regional authorities and the Ministry of Foreign Affairs of Ukraine. The events were attended online by ZPP board members and high-ranking officials of the Ministry of Foreign Affairs of Poland, Polish financial institutions, and Polish businesses. A total of approximately 100 Ukrainian and Polish companies and entrepreneurs took part physically and online. The discussion focused on the situation surrounding those sectors of the Ukrainian economy that suffer the most from the challenges of wartime, and at the same time can offer new opportunities for international cooperation - the agricultural sector and food industry, transport and logistics, the pharmaceutical industry, and certain processing industries.

The discussions were extremely useful, first of all, for Polish entrepreneurs, who could learn "first-hand" about facts and trends which can change their perception of the state of affairs in Ukraine. For example, if the mechanisms of safe storage and export logistics for this year's harvest in Ukraine are not clear by September, it will force Ukrainian farmers to reconsider their long-term investment plans. The consequence is the prospect of a significant reduction of ​​crops and volumes of harvest in Ukraine in the next season, and this is a very bad signal for global food prices.

On the other hand, Polish and Ukrainian farmers agree that this situation should be considered in the medium term as a powerful incentive to invest in the food processing industry, using high-quality and relatively cheap Ukrainian agricultural raw materials and Polish technologies, know-how, access to food products to European trade networks as well as sales markets in third countries. Polish industrialists openly warn that the European agricultural market, despite its attractiveness, also remains very competitive, and Brussels' cancellation of tariffs and quotas for Ukrainian agricultural exports is temporary (the preferential regime is limited to 1 calendar year).

The Polish side is interested in joining forces with Ukrainian colleagues for joint expansion into the markets of Africa and Asia, using its developments and logistics from the Baltic ports.

ZPP member companies are actively working on the preparation of investment proposals for logistics and warehouse hubs in the south-eastern voivodships neighboring Ukraine, in particular, the construction of elevators. Such proposals can at the same time be "beacons" for Ukrainian companies that are ready to consider partial relocation of their assets in order to gain a foothold in the Polish market.

In the field of cross-border transportation, despite all the administrative and technical barriers to the cooperation of Polish and Ukrainian customs and border services, both sides appeal to the positive precedent of organizing joint customs control during the Euro-2012 championship. This experience, as well as the European Commission's work on simplifying customs control between EU countries during the first months of the coronavirus pandemic, can offer both countries proven recipes for eliminating delays for goods at the border. There are also completely original ideas - the formation of road trains from trucks with the possibility of their customs clearance under one customs declaration. According to the data of logistics companies, delays are at least 8-9 days for road transport and 19 days for railway cars. That is why Ukrainian carriers emphasize that the total transshipment capacity of Polish and Romanian ports is a maximum of 22 million tons of grain per year, while Ukraine needs to deliver 40 to 60 million tons to the world market this year. There is no alternative to unlocking Ukraine's Black Sea ports.

It was also interesting for Polish businesses to hear about the prospects of investing in such high-margin, knowledge-intensive, export-oriented sectors of the Ukrainian economy as pharmaceuticals. The leaders of the Ukrainian market of pharmaceuticals "Farmak" and "Darnytsia" were able to present a vision of the possibilities of joint production and development of new drugs, relying on a modern production base, qualified personnel of Ukrainian companies, and compliance with international GMP standards for the production of medical preparations. Such a proposal by Ukrainian pharmacists is all the more unique when taking into account the sad experience of the coronavirus pandemic, Europe is trying to diversify the supply of so-called active pharmaceutical ingredients (APIs), in other words - materials for the production of medicines, from distant and politically unpredictable countries. An obstacle to this remains the unresolved problem of recognition in the EU of the results of checks on the compliance of Ukrainian pharmaceutical production with GMP requirements.

However, Ukraine's acquisition of the status of a candidate country and the prospect of the start of pre-accession negotiations promise to move the process from a standstill.

Only two days of business discussions made it possible to generate many interesting insights and ideas, which the Polish business hopes to launch in the form of B2B projects and investment proposals for the post-war reconstruction of Ukraine. In October of this year, the third ZPP business forum is planned in Warsaw under the patronage of the Prime Minister of Poland and the participation of representatives of the Ukrainian government and Ukrainian business leaders, at which ZPP and its partners among Ukrainian business associations will summarize their achievements. The results of this forum may turn out to be very relevant since at the same time the next round of discussions between Ukraine and international donors regarding post-war reconstruction mechanisms is expected.

In this way, Poland is preparing to make its contribution to the recovery of Ukraine. In partnership with Ukrainian business.

Nazar Bobitski, representative of the Polish Union of Entrepreneurs and Employers in Ukraine

Marcin Nowacki, vice-president of the Polish Union of Entrepreneurs and Employers