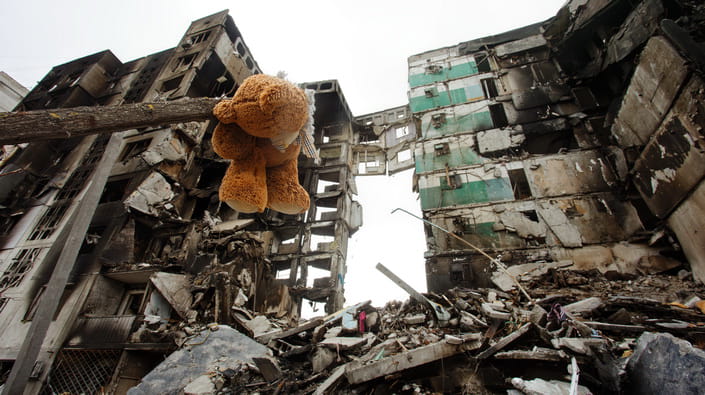 While the war in Ukraine is escalating, many in the world expect it to end up with a peace deal one day.

For those, it seems to be the best possible outcome: the peace can end the hostilities, save many thousands of lives, and yet-not-destroyed infrastructure, shelled by Russian forces all over Ukraine.

And also, let's not hide the truth: there are considerations in the world apart from the humanitarian. Some Western politicians are simply tired of the brutal war in Ukraine that takes too much of their attention. Outside of Europe, there are states that are openly seeking a way to push Kyiv for concessions to end the war and restore the food supply from Ukraine.

But there is bad news for all of them.

A genuine and really functional peace deal with Russia is almost impossible in the foreseeable future. Furthermore, the word "almost" in this phrase is just a hope for a miracle.

Therefore, basing expectations on hope for this deal is a way to fail in prognosis.

During the first weeks of the war, the situation was very different. At that time, many Ukrainians hoped (or feared, depending on whom you ask) about a possible Russia-Ukraine peace deal. Yes, fear of a deal with Russia was in Ukraine, too. Possible concessions by Ukraine, discussed by negotiators, were very controversial and far-reaching even compared with a hot war in Ukraine.

Now, all of that does not matter.

Red lines that make the deal impossible are already crossed or expected to be crossed soon. The genocide in several Ukrainian territories and senseless ruining of the civilian infrastructure leave not much ground for the negotiations accepted by Ukrainian society.

And even more importantly, after several failed negotiation attempts, neither side has an appetite for this deal.

It takes two to tango. Now we have none.

Ukrainian unwillingness is easy to explain.

The key issue that makes a peace deal impossible is the territorial integrity of Ukraine.

Zelensky would never agree to lose any of Ukraine's territory in a deal with Putin, as polls strongly reject this option. Ukrainians are keen to fight until all continental territory is liberated, including Donbas in the East.

For Putin, on his side, signing a document that fulfills this Ukrainian demand will be immensely humiliating. He's started the war to "protect" Russia-controlled Donbas - and in the end, he would completely lose control in this region. Even with Russian propaganda, there seems to be no chance to turn this military failure into a victory.

It means we're in a deadlock.

No surprise that peace talks have virtually ceased during the last weeks. The fight is the only option remaining.

You can ask, why do Ukrainians prefer fighting and losing lives instead of agreeing to some compromises? The answer is clear, rude, and horrific: we have all ground to believe that if we sign the "peace" on the conditions that Russia can agree to – this would lead to appalling consequences for the Ukrainian nation, or at least to part of it.

Even more horrific than the ongoing war.

Bucha lesson was well learned by Ukrainian society. When the area next to Kyiv was de-occupied, revealing brutal war crimes committed by Russian soldiers, we reached a wide consensus that Russian hate towards Ukrainians is not about Putin. Rapes, tortures, and murders were made by ordinary Russians, not by Kremlin employees. And surveys show well over 80% of Russians back brutal aggression. This number even rose after Bucha massacre became public.

But Russian threat to Ukraine is wider than Bucha scenario.

One may say that areas next to Kyiv were devastated because Russia was never going to leave them occupied for a long time. That is true to some degree.

Indeed, in Southern Ukraine, which Putin is keen to steal (Kherson, Mariupol, Berdyansk), the Russian army behaves differently. Putin wants to keep this land occupied because it allows him to supply water to the annexed Crimea; also, it cuts Ukraine from some seaports.

There are reports about rapes, repressions, and tortures from this part of Ukraine, too, but the scale is incomparably lower.

Meanwhile, there is a high chance that the focus of brutality is different.

There are growing reports that Russia is preparing another destiny for this occupied part of Ukraine. Grain elevators there are already looted by Russians; agricultural technics are transferred to Russia; there are reports that locals are prevented from fieldwork. Recently, we've got proof that it's a state policy of Russia. This week Krasnoyarsk regional council has published a decision "to expropriate crops" from farmers in Kherson oblast; later, the document was hidden.

Ukraine lived through the same experience 90 years ago. In 1932-1933, a decade after Ukraine was forced to join the Soviet Union, Moscow organized artificial starvation under a secret decree. The scheme was just the same: all crops were taken away, and people were not allowed to leave their area. More than 3 million Ukrainians died from hunger. Later, people from Russia were moved to some of "liberated" areas.

This genocide horror has the name Holodomor.

Do you say it's not impossible in the 21st century? Just look what's going on in Ukraine now.

As you can imagine, all of this makes any deal with Russia senseless for Ukrainians.

Ukraine can't live through the same experience once again. We will continue fighting for our land, and we will win, with no concessions-for-peace. Hopefully, now the West has begun to understand how reasonable the Ukrainian position is. 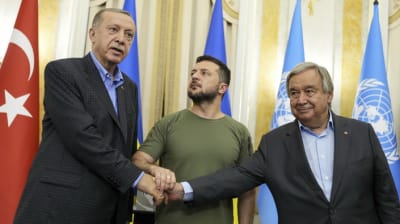 The visit of Türkiye's President to Ukraine, together with the UN Secretary-General, has stayed without historic agreements, but it got a lot of attention. 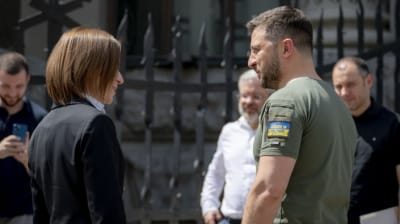 The accession process to the EU, aside from the normative and reform side, appears to be a unique blend of creative mechanisms to slow down the process but also speed it up. Making Ukraine and Moldova candidate states is by far the biggest positive process that has been taking place in the region for the last years. At this stage, widely speaking, there is a lack of awareness of what the candidate status entails, both from a whole of society perspective and also widely in the government. Despite demanding membership in the EU for a long time, offering the candidate status found the governments largely unprepared to "eat the main course in the EU menu". That is why both governments, in Ukraine and Moldova, are looking for a holistic approach to their accession strategy.