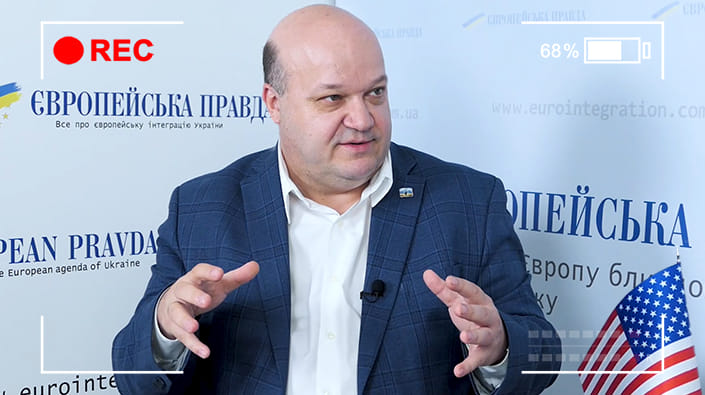 Ukraine is getting ready to radically change the balance of frontline forces.

It is impossible until something fundamentally new happens in the Western weaponry delivery, primarily American, says Valeriy Chaly, Former Ambassador of Ukraine to the United States (2015-2019) and a well-known foreign policy expert.

He is sure Washington has not yet fully understood the US should aim at a military victory for Ukraine and de-occupation. Little by little, though, they are getting there.

Meanwhile, Ukraine has faced a new challenge: Russia has launched a special information operation to disrupt the delivery of Western weapons to Ukraine.

What happened with Lend-Lease?

Lend-lease does not work. It's true. All the assistance the USA provides to Ukraine is the lend-lease mechanism.

The USA is the largest supplier of heavy weapons for the Ukrainian Armed Forces. Since February, it has provided weapons valued at $7 billion. Various programs cover the aid packages: Ukraine Security Assistant Initiative, Foreign Military Financing, and Foreign Military Sales. There is also a separate $40 billion program for Ukraine.

And besides the programs, we have a lend-lease mechanism, when the US can "lend" its weapons.

Ukraine receives the weapons for free, at the expense of the US budget.

The allocated funds must be spent by October 1, the end of the federal government's fiscal year in the US.

Otherwise, the funds will "burn." The US government monitors everything and controls spending to use the funds by the end of September.

The name "lend-lease" means you will have to return something you borrow. But nobody still knows how it will work. It requires an intergovernmental memorandum or other documented rules that Ukraine and the United States have yet to agree on.

People in the USA surely discuss how to monitor the allocated for Ukraine funds. It is the federal budget, after all. But the discussions are purely political. The Lend Lease establishes the monitoring mechanism.

Weapons that can change the course of the war

Ukraine got the budget, and that's good. But Americans lack the political will to give us what is necessary. Western assistance now replaces what we simply waste in the war with Russia. And we need a fundamental change.

We should know what our Western partners want to achieve in Ukraine?

Do they need to restrain Russia, preventing its victory? Do they work to see Ukraine win and help achieve its victory?

And to win means to de-occupy the Ukrainian territories.

The USA has been talking more about the need to achieve victory for Ukraine. This was not the case when the war broke out in February.

Just pay attention to the statements of the White House or the CIA, not President Biden. Their opinion sounds even more unambiguous. Therefore, our task is to convince everyone who still has doubts because they have already started to change their opinion in our favor.

I think "Ramstein-4" should give us an opportunity to start the de-occupation of our territories.

I hope I will finally hear the word "tanks." For example, the Spanish "Leopard 2B". The USA can send "Abrams" as a replacement in some countries, so they send their tanks to Ukraine.

I would really like additional American "kamikaze drones," the latest models. But the USA has stopped it on its side. We also need unmanned vessels, including unmanned submarines. Unfortunately, it is impossible today. The West is not ready.

Ukraine's commitment "not to target Russia"

Indeed, we promised that: Ukraine has undertaken not to use HIMARS on targets on the territory of the Russian Federation. It does not mean, though, that we cannot shell Russia.

And I hope people will stop doubting that. We committed to it. What else can we do?

We have enough legitimate targets on our territory, including Crimea.

Accusation that Ukrainian weapons will appear somewhere else

I don't want to dwell on what Victoria Spartz said. It is just part of the political campaign before the US elections. But there is a second part to this story.

Simultaneously with her statements, we see a lot of articles in the Western media on the matter that Ukraine, they say, can sell or give weapons somewhere.

This is a coordinated Russian special operation caused by Russian losses on the frontline.

When the Armed Forces of Ukraine destroyed Russian depots, they launched a campaign to stop it.

I see an attempt to accuse Ukraine like it can send its weapons somewhere. This campaign is based on nothing.

We need to explain more to the US media and Congress. We should provide them with all the information to ensure that offensive weapons are in Ukraine, on the frontline. Russians will not stop it. They will try to disrupt American weapons deliveries because the Western weapons will determine the outcome of the war with Russia in Ukraine.