Russian Foreign Minister Sergei Lavrov confirmed that the bombing of a hospital and a maternity hospital in Mariupol was a conscious and purposeful decision by the Russian army.

He stated this at a press conference in Antalya, after talks with Ukrainian Foreign Minister Dmytro Kuleba.

Lavrov stressed that he considered this maternity hospital a military target.

"A few days ago, at a meeting of the UN Security Council, the Russian delegation presented the facts that this maternity hospital had long been occupied by the Azov Battalion and other radicals, and all mothers, all nurses and all personnel had been expelled. It was the base of the ultra-radical Azov Battalion", he declared. 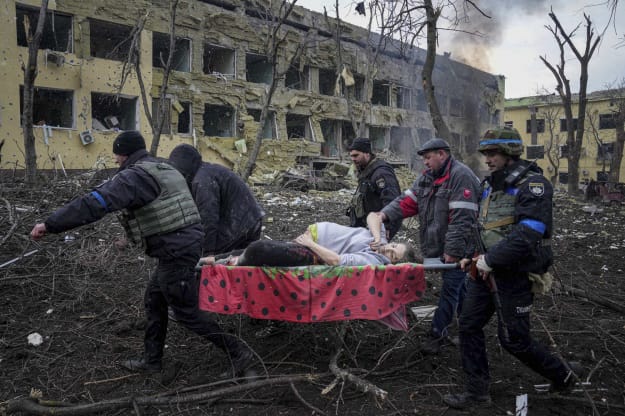 Lavrov admitted that he had seen reports from Mariupol that attested the exact opposite, as the photos showed that there were mothers at the hospital and they were injured, but he considered them manipulation because the media reports "did not pay attention to the other side."

The Ministry of Foreign Affairs of the Russian Federation does not plan to pay attention to the outrage of the world about the cynicism of the bombing. "This is not the first time we have seen pathetic cries about so-called atrocities committed by the Russian armed forces," Lavrov said.

Earlier, Lavrov at a meeting with Kuleba refused to impose a 24-hour ceasefire.

US Secretary of State Anthony Blinken has compared the siege of Mariupol to the blockade of Leningrad.