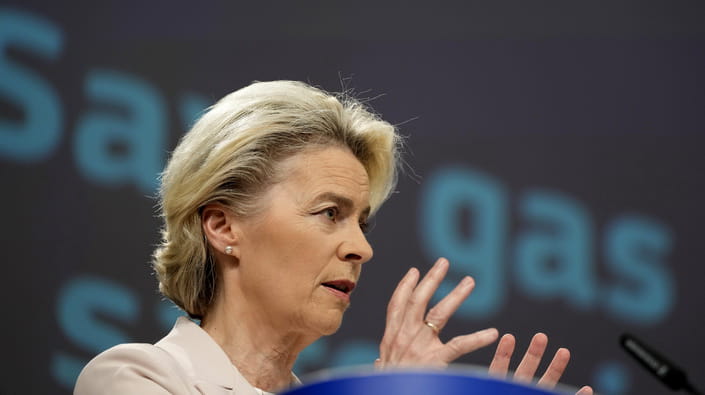 The European Commission sets a goal to reduce gas use in Europe by 15% until next spring according to the new tool - Save Gas for a Safe Winter: European Gas Demand Reduction Plan.

Reducing gas consumption before the cold season is critical for the security of supply in Europe, especially for protecting vulnerable households that may face a rise in bills and even find themselves out in the cold because they cannot afford adequate heating.

In addition, limiting the income of the Putin regime means a lot for contributing to the Ukrainian victory.

This winter is expected to be the most difficult for Europe, and the threat from Russia to completely stop gas supplies is quite real.

The European Commission plan outlines the need for early measures to limit and reduce gas consumption in all areas and to launch public awareness campaigns to promote the reduction of heating and cooling on a broad scale.

The European Commission plan proposes a "flexible" approach to the industry's priority in access to gas, which means a "green light" for industry lobbies.

This is very dangerous as it questions the effectiveness of the entire plan to reduce gas demand in the EU.

Therefore, today the pace of filling gas storages in the EU and the formation of sufficient reserves for the winter depends mainly on whether the European industry will reduce gas demand now and in the upcoming months. Since Europe lacks alternative sources of supply, they are used primarily for the maximum.

According to the economic analysis of the European Commission, the chemical industry, glass, and ceramics production together consume half of all industrial gas.

Meanwhile, the industries give only 10% of the EU industrial added value.

That's why we would exaggerate, saying that the EU economy and the entire industry will collapse without Russian gas.

But the European Commission plan opens vast opportunities for industry lobbyists. They will do their best to delay decisions, saying they cannot reduce gas demand and their production is "critical."

Unfortunately, the European Commission has once again put the interests of industrial corporations above the general public interests, the declared EU goals, and the lives of Ukrainians.

Gas lobbyists should be considered Putin's friends and treated accordingly.

To prevent this, the gas-intensive production of non-essential goods, many of which should have been stopped long ago for the sake of public health and the environment, must be closely monitored in every EU member state. The public and scientists should make decisions on gas demand reduction, not industry lobbyists.

Publications in the "Expert opinion" section are not editorial articles and reflect exclusively the author's point of view.